Our museums remain closed due to COVID-19. While LA County Public Health has entered Phase 3 of the Roadmap to Recovery, allowing for the reopening of museums on June 12, our museums are still slowly welcoming back staff and are in the process of planning for new health and safety protocols in our galleries and gardens. Therefore, we will not be reopening until later in the summer. Sign up here to be the first to know when we will safely re-open to the public and in the meantime, stay connected from home.

$9 for adults
$5 for children
Free for Members
Buy tickets

Explorers from yesterday and today have taken the dangerous journey to Antarctica, all in the name of science. Whether digging for fossils, studying past climates, or examining solar systems, Antarctica is the hub for scientists hoping to uncover what was left frozen in time. Join us for a panel discussion in honor of our special exhibition, Antarctic Dinosaurs. See the exhibition after-hours, hear from experts who have researched Antarctica’s history, and discover what learning about Antarctica’s past can tell us about our future. 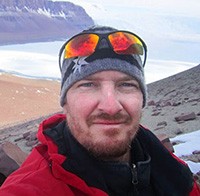 Dr. Nathan Smith is Associate Curator of the Dinosaur Institute at the Natural History Museum of Los Angeles County. He earned his Ph.D. from the University of Chicago and was a Professor at Howard University before joining NHM. Nate's research focuses on the origin and early evolution of dinosaurs and he's participated in three paleontological expeditions to Antarctica. 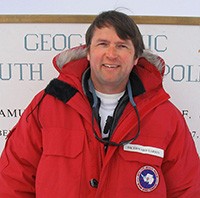 Edward Larson is a historian of science with two award-winning books on the history of Antarctic science, Empire of Ice (Yale University Press) and To the Edges of the Earth (HarperCollins). Larson has published articles on Antarctic science in Nature, Science, and Isis, the journal of the History of Science Society. He received the Pulitzer Prize in History for his book on the 1925 Scopes Trial, Summer for the Gods. 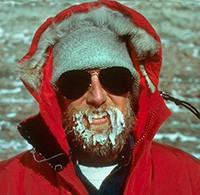 William R. Hammer received a PhD in biology and geology from Wayne State University. Over the past thirty years he's collected and studied vertebrates of four ages, Early Triassic, Middle Triassic, Late Triassic and Early Jurassic. Hammer named the first Antarctic dinosaur Cryolophosaurus in 1994 and has published over forty articles in professional journals, volumes, and books. During his latest Antarctic expedition his field party discovered and collected specimens of two juvenile dinosaurs that represent new species unique to the Antarctic. 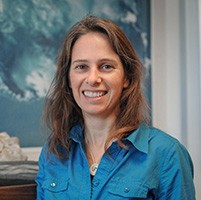 Kathy Licht is a Professor in the Department of Earth Sciences at Indiana University, Purdue University, Indianapolis and has a broad interest in Geology. Kathy has had numerous projects funded by the U.S. National Science Foundation, including 6 field seasons, to study the history of Antarctic ice sheet. In a serendipitous find on the planets's southernmost moraine, Kathy and her students discovered evidence of a volcano buried under the ice, just 150 miles from the south pole. 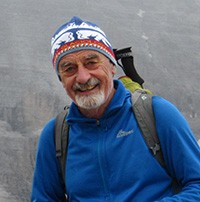 Peter Braddock's Antarctic mountaineering career began in 1974 with the New Zealand Antarctic program and continued until 2017 when he retired after 35 seasons working as a field safety expert for almost 20 different scientific teams. He is co-author on numerous scientific studies and has 3 fossils named after him. Peter has been an eyewitness to the beauty of Antarctica's stunning landscape and experienced the evolution of Antarctic scientific exploration. 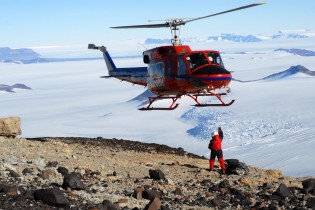 Discover new species of dinosaurs as you follow in the steps of Antarctic adventurer-scientists.

Frozen in Time: Images of Antarctica

See the frigid continent of Antarctica in a new light through the mesmerizing work of award-winning photographer Diane Tuft.

Learn more about Frozen in Time: Images of Antarctica