NHMLAC and the Los Angeles Times invite you to join journalists, scholars, activists and community leaders in a discussion at the NHM about nuclear contamination and climate change in the Marshall Islands, a Pacific nation spread across more than 800,000 square miles of ocean in the central Pacific. Attendees will also be able to view Godzilla: A Living Atomic Bomb, a small exhibition that focuses on the real-life nuclear tests carried out on Bikini Atoll that inspired the monster, which is on display on the second floor of NHM through April 19, 2020, as well as special collections from the Museum’s Anthropology Department.

It was in the Marshall Islands that the United States detonated 67 nuclear bombs, between 1946 and 1958—resulting in the exile of entire communities from their homelands, widespread radioactive contamination, thousands of sickened people, and the beginnings of a shared history of mistrust and betrayal. Now an independent nation, “freely associated” with the United States, the Republic of the Marshall Islands continues to grapple with that legacy while fighting for the right to survive in a changing climate. Many Marshallese now live in the United States—including nearby Costa Mesa—where they face a number of unique challenges, including lack of access to social welfare programs such as Medicare and Medicaid.

Despite these challenges, the Marshallese are survivors. Today, they continue to fight—here and back home—for nuclear justice. And they are recognized as global leaders in the push for climate action. 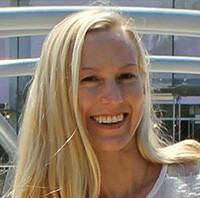 KT Hajeian received her M.A. in Artifact Studies from the University College of London in 2002 and began working for the Natural History Museum in 2005. Her graduate education and subsequent private training in painting restoration focused her interest in conservation and, prior to working at the Museum, she worked with a private company that specialized in the restoration of freeway murals. At the Museum, she worked with the Education, Anthropology, and Conservation Departments before becoming a Collections Manager for Anthropology’s Ethnology collections in 2008.

NHM’s Ethnology collections contain a sizeable Oceanic collection of well over 7,000 items collected throughout the 19th and 20th centuries from Melanesian, Polynesian, and Micronesian areas. While many items came to the museum by way of adventurous travelers, a good amount was collected by people in the military stationed on Pacific Islands during various wartime campaigns. KT is particularly interested in these collections for how they reflect the complicated history of America’s activities in the Pacific since the early 1800s. 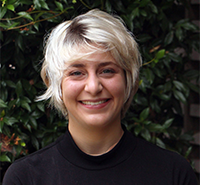 Autumn Bordner has been working on issues of nuclear and climate justice in the Marshall Islands since 2014. She is currently a research fellow in ocean law and policy at UC Berkeley School of Law; an associate at the international human rights firm, Blue Ocean Law; and a member of the Comprehensive Nuclear Test Ban Treaty Organization Youth Group. Autumn’s scholarship focuses on issues of empire, decolonization, and environmental justice in the U.S.-affiliated islands. She is in the process of establishing a non-profit, the Allies for Micronesia Project (AMP), which will work on justice issues in the U.S.-affiliated islands and advocate for the rights of Micronesians within the United States. Autumn holds a JD from Stanford Law School, an MS from Stanford University, and a BA from Columbia University. She will complete her PhD at the University of Melbourne. 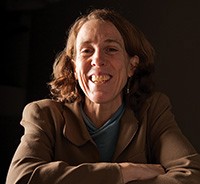 Holly Barker is a Principal Lecturer in the Department of Anthropology at the University of Washington, and Curator for Oceanic and Asian Culture at the Burke Museum. Before UW, Holly spent 17 years working for the Marshall Islands Government, first as a Peace Corps volunteer teaching schoolchildren on a remote island, and later as Senior Advisor to the Ambassador at the Marshall Islands’ embassy in Washington, D.C.  Holly’s research and advocacy focuses on the impacts of U.S. nuclear weapons testing program in the Marshall Islands.

Her first book, "Bravo for the Marshallese: Regaining Control in a Post-Nuclear, Post-Colonial World," provides a Marshallese perspective of the nuclear weapons testing, and is based on hundreds of interviews she conducted in the Marshallese language. She also co-authored  another book with Barbara Rose Johnston, "The Consequential Damages of Nuclear War: The Rongelap Report," explaining the use of anthropological research in a courtroom resulting in a successful claim for cultural damages. Holly teaches a variety of courses on issues related to the Cold War, environmental health and public policy. Her students, including many Pacific Islanders, become active researchers and learners, and are pressed to apply their learning and skills to the communities surrounding UW. In 2013, Dr. Barker received the Distinguished Teaching Award. In addition to her work at UW, Holly currently serves as one of three commissioners to the Republic of the Marshall Islands’ National Nuclear Commission, a commission tasked with pursuing nuclear justice for the Marshallese people. 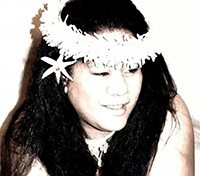 Neritha Kelani Silk, Kelani is of Marshallese and Kiribati’s ancestry. She has worked with community-based organizations in Southern California for nearly 10 years, mostly focused on assisting with higher education, cultural education and preservation, health advocacy and data collection. She represented the Marshallese community at both a local and federal capacity and her work in the past include: The National Council of Asian Pacific Americans Policy Summit to shape and integrate Native Hawaiian and Pacific Islander (NHPI) community voices and priorities, Washington DC; NHPI National Convening meeting with policymakers, Washington DC; and at the Stakeholder’s Convening, Mainlanders for Education, Las Vegas, NV.

In addition, Kelani has taught weaving and dance workshops at the Pacific Island Ethnic Art Museum and is a board member of the Pacific Islanders Community Council. She was born in Chicago, Illinois and is the daughter of Neibaj and Jack Silk and brought up with a traditional Marshallese upbringing. 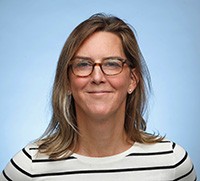 Susanne Rust is an investigative reporter specializing in environmental issues. Before coming to the Los Angeles Times in 2018, she was the editor of Columbia University’s Energy and Environmental Reporting Project, where she oversaw several reporting projects, including a series that examined ExxonMobil’s understanding of climate science in the 1980s, 1990s, and early 2000s.

Rust started her career in 2003 as a science reporter at the Milwaukee Journal Sentinel. She is the recipient of numerous journalism awards, including a George Polk and John S. Oakes award for environmental reporting. In 2009, she and her colleague, Meg Kissinger, were selected as Pulitzer finalists. Rust was a John S. Knight Fellow at Stanford University in 2009, and environment reporter at the Center for Investigative Reporting between 2010 and 2014.

Legislation:
Senate: Covering our FAS Allies Act . This Act, currently before the Senate, would restore Medicaid coverage for Marshallese and other COFA migrants living in the United States, which was stripped by a 1996 legislative act. Restoring coverage is important because--largely due to diet and lifestyle changes induced by U.S. colonialism--COFA migrant populations suffer among the highest rates of diseases such as diabetes, heart disease, and tuberculosis. These health inequalities persist because these populations are uninsured at disproportionate rates and thus unable to receive the treatment they need. Congress now has the opportunity to take a step toward correcting this injustice by restoring Medicaid coverage for COFA migrants. Folks interested in getting involved can contact their senators and urge support for the bill.

House: COFA Veteran's Review Act  Under their respective Compacts of Free Association, citizens of the Freely Associated States (FAS)--the Marshall Islands, FSM, and Palau--are eligible to enlist in the U.S. military and are actively recruited to do so. Just like service members from any U.S. state, troops from the FAS fight and die in service of this country. However, because these soldiers are not U.S. citizens, they are not entitled to most veteran’s benefits when they are discharged. This has made it difficult for veterans to resume their civilian lives, most urgently, because they lack access to much-needed health care.

There is currently a bill before the Senate—the COFA Veteran’s Review Act—which would create a pilot program to provide hospital care and medical services to veterans in the FAS. Much more is needed, but this is a great start. Folks interested in getting involved can contact their representatives and urge support for the bill.