The Anthropology Department in partnership with the Community Engagement team are excited to share contemporary stories and NHM collections items spotlighting the Mapuche, Muxe, and Fa'afafine and Fa'afatama. Follow along for two additional stories linked below highlighting these vibrant and diverse third gender communities from all around the world.

Many third gender individuals hold integral roles within societies and are well respected for their strength, hard work, and ability to discuss taboo topics. On the island of Samoa, there are four recognized cultural genders: female, male, fa’afafine, and fa’afatama. Fa’afafine and fa’afatama are fluid gender roles that move between male and female worlds. These third and fourth gender groups tend to care for elders in the community and educate others about sex, a topic considered taboo in public conversations for male and female genders. 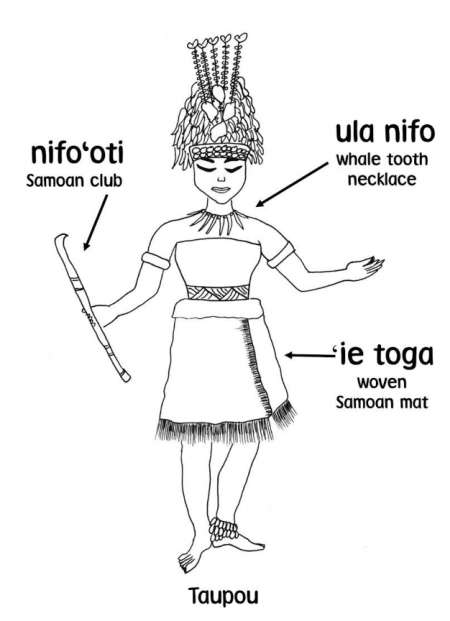 One of the lasting cultural performances both preserved and revamped by fa'afafine and fa'afatama is the dance of the taupou. The taupou, or ceremonial hostess typically selected by the high chief in the village, is charged with representing and entertaining visitors. Traditionally, the taupou's dignity and grace expressed the ideals of appropriate female behavior. These displays were particularly favored by Christian missionaries that idealized the taupou's "virginal" and virtuous qualities. Today, when fa'afafine and fa'afatama participate in pageants, they will sometimes take on the role of the taupou, displaying grace and femininity while also making a caricature of the Christian-colonial ideal through sexual humor and body language. This take on the taupou's performance demonstrates the unique ability for fa'fafine and fa'afatama to transcend gender roles and leverage their skills to open the door for discussion on taboo subject through humor.

As ceremonial hosts, taupou wear traditional Samoan dress, such as the ʻie tōga which is a finely woven mat worn tightly wrapped around the body. These mats traditionally have unwoven fringe at the edge and a strip of red feathers. This mat was collected in Samoa circa 1909 and has the remnant of red and blue wool in place of feathers.

Crucial to the outfit is the ula nifo, a whale tooth necklace, a status symbol usually restricted to chiefs and their offspring, and likely an element held over from the days when the taupou was only performed by the virgin daughter of a chief.  This necklace is made of sliced sperm whale teeth, and it was collected in Fiji in the 1890s. At that time the collector noted, “this ornament has the same relative value as a diamond necklace…” indicating that this type necklace was highly prized by many Polynesian cultures.

In today’s dances, the taupou will carry a lightweight replica of a nifo‘oti, a large club modeled after cane knives of early nineteenth-century English and American whalers. Carrying these during the dance is reminiscent of pre-battle performances where heirloom clubs were artfully twirled and thrown to demonstrate the warrior’s prowess. This club was collected in Samoa between 1908-1910.

Source: Natural History Museum of Los Angeles County - The club pictured was collected in Samoa between 1908-1910. 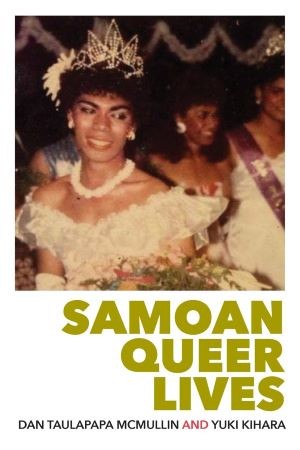 Samoan Queer Lives looks at the experiences of fa’afafine living in Samoa and beyond from the 1940s to the present day through autobiographical stories.    The book is written by and edited by fa`afafine, Dan Taulapapa McMullin and Yuki Kihara, and includes personal stories that cross lines of gender, culture, professions and geography.  Author royalties are donated as a fundraiser for Samoan Faafafine Organization in Apia, independent Samoa, and for SOFIA the fa`afafine association in Pago Pago, American Samoa.