Our museums remain closed due to COVID-19. While LA County Public Health has entered Phase 3 of the Roadmap to Recovery, allowing for the reopening of museums on June 12, our museums are still slowly welcoming back staff and are in the process of planning for new health and safety protocols in our galleries and gardens. Therefore, we will not be reopening until later in the summer. Sign up here to be the first to know when we will safely re-open to the public and in the meantime, stay connected from home.

Becoming Los Angeles tells the story of how Los Angeles transformed from a tiny pueblo to a sprawling metropolis.

Becoming Los Angeles, one of the museum’s permanent exhibitions, tells the story of how Los Angeles transformed, over 500 years, from a tiny pueblo to a sprawling metropolis. It’s the saga of how L.A. went from cowboys to cars, which battles raged in its backyards, and how an aqueduct changed everything. 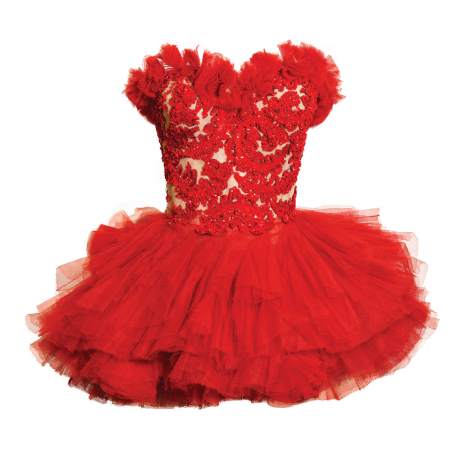 The museum has a world famous collection of Hollywood costumes, props, and memorabilia, including this tutu actress Betty Grable wore in Diamond Horseshoe (1945).

We have made Becoming Los Angeles an even more colorful destination for Angelenos and far-flung travelers to discover. The newly imagined exhibition showcases more of the museum’s collection and illuminates the experiences of diverse groups of people who have made the Los Angeles area their home and interact with an environment that presents alluring opportunities and daunting challenges.

Visitors will discover the ways Native people have shaped Los Angeles, past and present, when they see newly commissioned portraits of Native Americans living in Los Angeles County as well as a video in which community leaders share what it means to be an Indigenous Californian living in L.A. today.

New elements in the exhibition offer visitors a variety of surprises that highlight the highs and lows of L.A.’s life story to date. Objects that have lived behind the scenes in the museum’s collections and are now on display, including a saddle and horsehair lasso that would have been used by a vaquero more than a 150 years ago and a Singer sewing machine from 1927 used in the high-end tailor “Alpert of Hollywood” alongside the stories of marching garment workers. There’s a red tutu  worn by actress Betty Grable in the 1945 movie Diamond Horseshoe, a few everyday items that evoke the 1950s, including a red Frisbee, a small transistor radio, and a video of natural disasters that hit the region during the Great Depression. 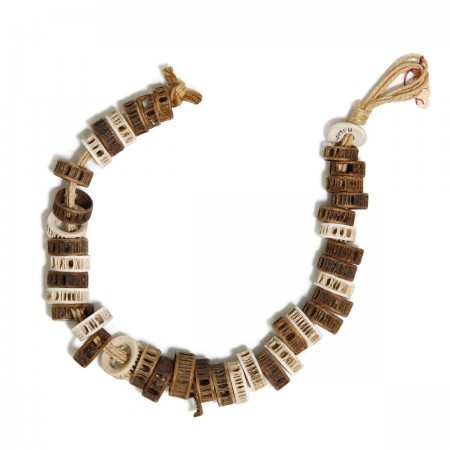 Beads from the Channel Islands made from fish vertebrae, and steatite and clamshell beads.

These additions bring to life how the dynamic relationship between the residents and their environment transformed a remote frontier into the region we know today.

Eight new artworks made by Angelenos that appear throughout the exhibition further showcase those urban-nature entanglements. These wall murals explore how people’s actions have made an impact on the natural world and how environmental changes have spiraled back to affect human society. Varying in style and color, each artwork reproduction offers a fresh take on some of the important issues that the region’s growing number of residents have faced over the centuries — water shortages, deportation, suburban sprawl, among them. 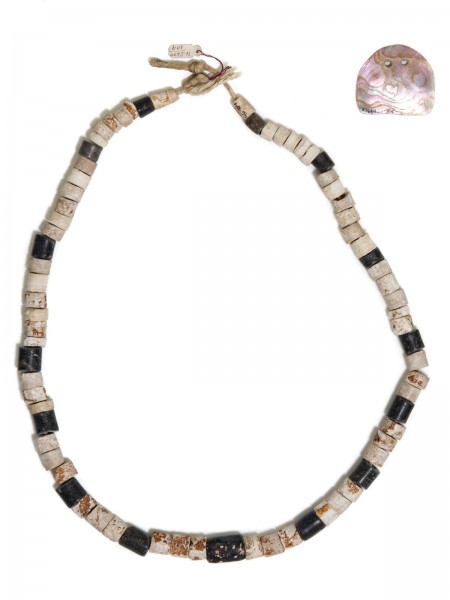 The ­first mural visitors will experience is artist Linda Vallejo’s luminous Los Cielos (the skies) series. As development continues to overtake green space in Los Angeles County, ­finding places to connect with nature — real or imagined — is a constant quest. As visitors enter a section that explores Spanish colonization of Alta California and the missions, they will see Mexican American artist Daniel González’s mural painting of a woman with a clenched fi­st and open palm surrounded by ­fire. She is Toypurina, a Gabrieleño/Tongva woman who co-led a failed attack on a mission by her people in 1785. Today she is celebrated as a hero by her Native American descendants and others.

Another mural by artist Elena Dorfman is a composite photograph of the Los Angeles River, an imagined landscape of clear green water, that pulls visitors into the story of theflood control channel that’s undergoing a revitalization. In the same section, on the wall near the hard-to-miss taxidermy grizzly bear, is a series of murals by Ernesto Yerena Montejano and Philip Lumbang. This series of paintings of animal calaveras — called Dead Relatives — includes a ram and a bear, animals whose populations were negatively affected by the expansion of the ranchos (ranches) and farmlands.

As visitors move into the 20th century section, they’ll see a large watercolor painting of a glass of water by artist Rob Reynolds on a wall next to a commemorative water bottle from the opening ceremony of the L.A. Aqueduct in 1913, one day before the useum opened its doors. “It’s a long running story of water in L.A.,” Reynolds says, “While the last hundred years were de­fined by taking natural resources, the next will be defi­ned by how we conserve them.” Other murals depict familiar features of our L.A. life, but with a twist — one, a painted-over photograph shows crisscrossing candy-colored freeways, while another is an aerial photograph of housing sprawl.

Toward the exhibition’s end, you’ll spot something special — an ofrenda for Los Angeles, created by master altar maker Ofelia Esparza and her daughter artist Rosanna Esparza Ahrens — that is an homage to all Angelenos.

Before you exit this L.A. story, we invite you to share your own in your own voice. Then at new listening stations, you can hear the audio offerings of the museum visitors who came before you, talking about what Los Angeles is to them.