This season’s First Fridays is connecting NHM and L.A. to you live, directly into your home. Dive into timely discussions and rock out to music right in your living room. Grab your own cocktail, put on your best home attire, turn up the volume, and get ready for an amazing Friday.

Faster than a Wi-Fi download, more powerful than an electromagnetic field, able to leap centuries in a single algorithm, the tech future is coming fast with the promise of delivering a livable future in spite of the forces arrayed against it.

Secrets from the Vault | Zoom Webinar 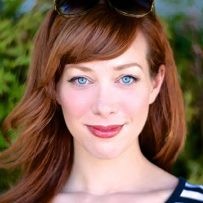 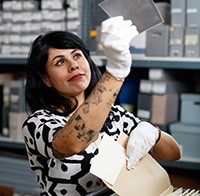 As the world seems to grow smaller, the obstacles to saving it get bigger. People to the rescue! Community science – sharing pictures of strange neighborhood plants and unusual backyard insects – can help researchers amass data, and apps can direct shoppers to sustainable food and responsibly made products. 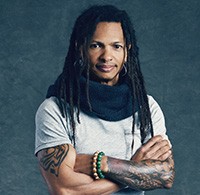 Moriba Jah’s research interests are in non-gravitational astrodynamics and advanced/non-linear multi-sensor/object tracking, prediction, and information fusion. His expertise is in space object detection, tracking, identification, and characterization, as well as spacecraft navigation. He received his M.S. and Ph.D. in Aerospace Engineering Sciences from the University of Colorado at Boulder specializing in astrodynamics and statistical orbit determination. 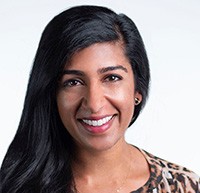 Anupa Asokan is a marine scientist and believes sustainable business solutions will help drive positive change for the ocean. At  XPRIZE Foundation, Anupa brings innovation to help solve the ocean’s grand challenges. Previously, Anupa was a Senior Communications Specialist for NOAA Research— sharing NOAA’s advancements in atmospheric and oceanic science. Anupa is a graduate of UCLA and the University of Rhode Island’s Graduate School of Oceanography. 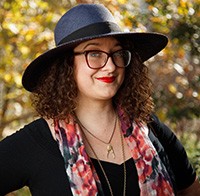 Lila is a museum educator with 13 years of experience in museum education and community science programming.  Lila, at NHM since 2008, was a lead educator on the Museum’s newest nature-themed exhibits—the Nature Lab and Nature Gardens. She holds a bachelor’s degree in entomology from UC Riverside and a master’s degree in environmental education from California State University, San Bernardino.

Patt Morrison is a Los Angeles writer and newspaper columnist who has a share of two Pulitzer Prizes. She has won six Emmys and eleven Golden Mike awards for her work hosting public television and radio programs. She also hosted the nationally syndicated television program “The Book Show with Patt Morrison,” and her seminal nonfiction book “Rio LA, Tales from the Los Angeles River” was a bestseller. Her writing appears in fiction and nonfiction anthologies. And Pink’s, the legendary Hollywood hotdog stand, named its vegetarian hotdog “The Patt Morrison Baja Veggie Dog” in her honor. 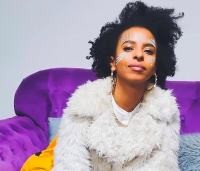